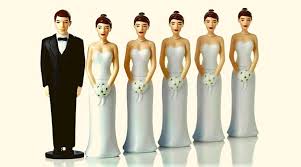 To the reader of this post I promised in my last post(New Year Greetings)that we shall be having a nice time together on this platform. Therefore, I am welcoming you to this community.

The caption above(The Other-side of Marriage)will be reflecting negative or ugly incidences that are occurring in several homes today after the wedding. These are pieces of evidence that the victims(spouses) are not enjoying their marriages.

The story I will be sharing here was a live story for the singles to learn from as a reflection. I decided to change the real names of the people involved in order to hide their identities:

A trader in building materials,Mrs Grace Martins has filed a suit at a Grade C Customary Court in Ibadan,Nigeria,seeking the dissolution of her four-years-old marriage to her husband,Joseph Martins,over an alleged irresponsible attitude.

Grace said that she had a traditional marriage with Martins but stated that her parents returned the bride price paid on her.

Prior to our marriage ,he was very kind to me and lied to me he had no other wife when I told him I was not ready for polygamy.I realized he was close to a woman who was living nearby and whose children were always helping me to do household chores when I had my baby.When I asked him to explain the relationship between him and the woman, he told me she was his sister.He gave the woman money to buy all  we needed for the naming ceremony of my baby,she told the court.

She said that Martins ran anky as soon as her baby clocked two months and was only seen during the New Years festivities when he dropped the sum of three thousand naira.

In his response, Martins,who who is an auto spare parts seller,agreed to the dissolution of the marriage since Grace was not ready to share the home with his first wife.

She knew I had a wife before she came into my house and i performed my responsibility as a father to my daughter and husband to her.I decided not to pay my daughters school fees again because Grace would never present to me evidence of payment,he said.Martins further stated that Grace refused to join him at his new house and that when he attempted to bring her in,her mother objected because the mother complained about the presence of the first wife.

President of the court, Mr Dixon Felix urged both parties to reconsider their stance  as he adjourned the case till January 26.

O you Single! Can you see THE OTHER-SIDE OF MARRIAGE?

When making your choice for life partner be sincere and let God play a major role there.

Lean on,trust in,and be confident in the Lord with all your heart and mind and do not rely on your own insight or understanding.In all your ways know,recognize,and acknowledge Him,and He will direct and make straight and plain  your paths.Proverbs 3:6-7(AMP)

Your comments,lessons,observations and questions are welcome.